“I was quite surprised by the music of Before the Big Bang which suffers not at all, at least here, of this too big productivity of its author” 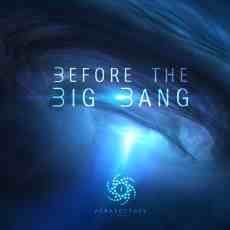